Are You Installing Your Child’s Car Seat Correctly?

Car accidents are the leading cause of death among children. Let that sink in for a moment and ask yourself if you’re 100% sure you know how to install your child’s car seat.

ISO Fix and Car Seat Belt – which is better? 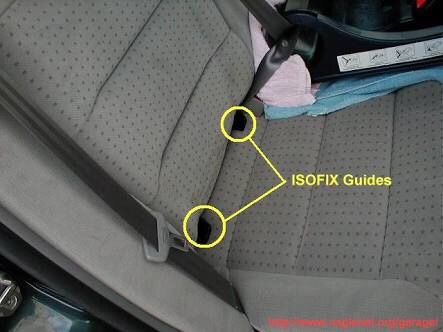 This is a difficult question to answer, as not all cars have ISOfix mounts and yet all cars must have seat belts. In some cases where your car has both ISOfix and seat belts, you might be tempted to use the seat belt instead of the ISOfix and that’s fine too. ISOfix is best used when you don’t plan on removing and re-installing a car seat in a car. It’s considered a more permanent car seat mounting solution and is best used when you do not plan on sharing the car seat between 2 cars. Most very small baby car seats have an ISOFix secured base that both the rear facing crib and forward facing car seats clip into. The actual child seat has its own set of 3 point seat belts and buckles which can be adjusted to suit your childs exact size. With ISOfix mounts the car seat belt stays out the way and is not used to secure the base.

With the larger forward facing car seats, most often the actual car seat belt is used to secure both the booster seat and the child within. This way you benefit from the cars active restraint systems which tighten up moments after a severe impact.

Not all cars have the ISO Fix standard in which case you will have to use the cars seat belt. Both do an excellent job of keeping the seat in it’s place with ISOFix being less prone to slipping and needing re-adjustment. The downside is that it’s less convenient to remove should you need to swap seats into a different car that does not have ISOFix.

I’d recommend going through the car seat’s manual to be sure because a study involving 291 mothers found that 95% of families made at least one mistake when installing a child car seat. Even more worrying is the fact that 89% made critical mistakes which increased the child’s risk of serious injury or death. The study was conducted by Benjamin Hoffman, medical director of the Tom Sargent Children’s Safety Center at OHSU Doernbecher Children’s Hospital and professor of pediatrics in the OHSU School of Medicine in the U.S.

One mom, Christine Miller, experienced first hand the awful loss of her child when her 3 year old son died in a car accident twelve years ago. She wrote about her loss in a Facebook post:

“Losing Kyle was like being plunged straight into hell, a pain and agony beyond description … I’ve come to realize that this kind of loss is not something you ever get over or make peace with, it’s something you eventually learn how to contain in a box of fire inside your heart, and keep a lid on so that you can function on a day to day basis. But sometimes certain things will open that box, a song, a smell, a flash of a memory and it rages and burns through you anew. It’s a pain I will carry with me until the day I die and can finally be with my sweet son again. I think the hardest part of it all is knowing [how] easily preventable it was. That’s the dagger that twists in my heart.“

Kyle died because he was in a booster seat meant for older children. This underscores the importance of knowing which type of child car seat to use based on your child’s age and weight. If you’re unsure, the European Union and US standards suggest the following as a guide to help parents:

Loose toys and gadgets – You may think you’re being a good parent by hanging toys on the car seat, but these toys haven’t been safety and crash tested. They pose a risk to your child and could injure them in the event of an accident. Keep the use of toys and gadgets for home or your stroller.

Incorrect seat incline – This one applies to infants. Newborns have very little strength in their muscles, especially the neck, and a seat set at an incorrect incline can cause your child’s heat to tilt forward, blocking air flow and causing suffocation as a result. Make sure to read the car seat’s manual for instructions on setting the right incline.

Harness straps too loose – Once you’ve buckled your child into their car seat, you should do the pinch test. If you can hold a fold in the strap, the straps are too loose and need to be tightened. 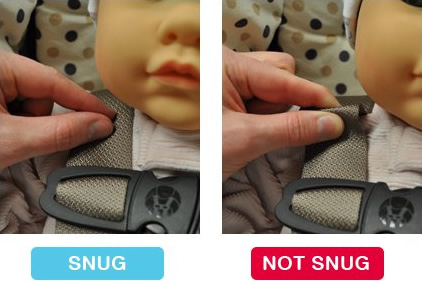 Not fully buckling your child – It’s important to make sure you fully fasten your child into their car seat, regardless of where the car seat is. An accidental death of a 9 month old boy who suffocated in August this year was left unattended in a car seat inside a walk-in closet. The caretaker put the boy, John Norris, in the closet to sleep in peace and only buckled 4 of the 5 straps, leaving the bottom one undone. This resulted in John sliding down the car seat to the point where the straps blocked his oesophagus and suffocated him.

As a last piece of advice, look after yourself first. You are the most important person in your child’s life. In order for you to look after them properly, you need to be making sure you get enough sleep and that you have the support structures in place to help ease any stress.

Stress is the leading cause of forgetfulness and the last thing you need is to forget things pertinent to your child’s well-being. There are documented instances of parents forgetting their children in the car who have died due to the heat. Avoid becoming a statistic and put yourself first…your baby’s life depends on it.

The safety of your car is just as important as the car seat your child uses, so make sure it’s well looked after to lower your chances of an accident and earn yourself cheaper insurance.

Insurers generally over-inflate your yearly increase in order to make more money. If you feel like you're being overcharged, fill out your details here.